WHY IS THE TRANSFER OF MY PROPERTY TAKING SO LONG?

WELCOME TO THE FIRST EDITION OF OUR NEWSLETTER 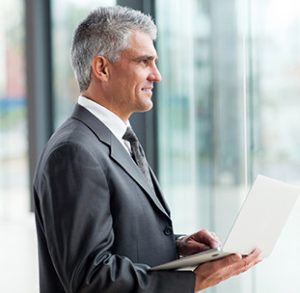 The sequestration process involves a Court Application. The Applicant in the Application is either yourself for your own sequestration (voluntary surrender) or the Applicant is one of your creditors (either a friendly or aggressive creditor). The applications are similar and although there are some different requirements for each, the result is the same.

The person who wants to sequestrate him/herself, will depose to an Affidavit which explains why he/she claims he/she is insolvent. This will be drafted by the Attorneys who will bring the application on behalf of the Applicant. As soon as the Affidavit is signed, the application will be issued at Court and a Court date is assigned. The Applicant does not have to appear in Court as the Advocate appears on his/her behalf.

If the Court grants a provisional order on the first Court date, the matter will be postponed for approximately one month. During that month notice will be given to all creditors, and if on the return date no-one has opposed the application, the order will be finalised and the Applicant’s estate will be sequestrated.

Applications are also made by way of a Court application; however, in this case the Applicant will be a creditor of the debtor. If it is a creditor with whom the debtor does not have a good relationship, we refer to it as an “aggressive” sequestration (for example the bank).

However, the banks seldom bring sequestration applications against the average debtor as it is much cheaper and easier for them to follow the collection procedures: attach property and sell it and/or attach your salary.

If it is a creditor with whom the debtor has a good relationship, we refer to it as a “friendly” sequestration (for example a family member or a friend to whom you owe money).

If a creditor brings an aggressive application against a debtor, the debtor can oppose such an application if he/she is not insolvent or if there is another reason why the order should not be granted.

Process for “unfriendly” and “friendly” sequestrations

The process for both these applications is the same and it is only the Applicant that differs.

As with voluntary surrender, an Affidavit will be given by the creditor to explain why he avows that the debtor owes him/her money. He will attach proof thereof (contract/statement) and also proof that the debtor has committed an act of insolvency (where the debtor has written a letter to say that he/she cannot pay the debt). In both instances the Applicant must prove that there will be a benefit to creditors to have the debtor sequestrated.

Once the Affidavit has been signed, the necessary documentation will be drafted, issued at Court and a Court date assigned. As soon as this is done, the documents will be served on the debtor, employees of the debtor, Master of the High Court and the South African Revenue Services by the Sheriff. The provisional order should also be given to all creditors above R5 000.00 by way of registered post. If the application is not opposed, a final order will be made for the sequestration of the debtor/Applicant.

This article serves the purpose of providing general and beneficial public information and should not be strictly construed as legal or professional advice.