DISCRIMINATION AGAINST PREGNANT WOMEN IN THE WORKPLACE 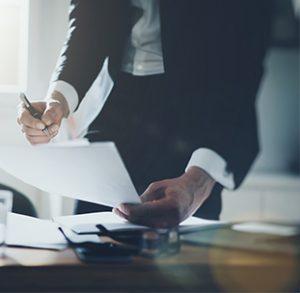 On 29 May 2015, in the case of Dormell Properties 282 CC v Bamberger[1], the Supreme Court of Appeal (SCA) set out the importance of, firstly, expressly pleading a suretyship clause in a plaintiff’s particulars of claim and, secondly, ensuring that the contract to which a deed of suretyship is annexed is duly signed by all parties thereto.
In the case of Dormell Properties 282 CC v Bamberger[2] (Dormell case) there were two agreements of importance. The first agreement was a written offer to lease agreement concluded between Dormell and Edulyn, duly represented by Bamberger in his capacity as sole director, in terms of which Bamberger undertook to bind himself as surety for Edulyn’s obligations under a second agreement, being the agreement of lease.[3]
The first agreement was properly signed by the parties; however, the agreement of lease was only signed by Bamberger. Annexed to the agreement of lease was a deed of suretyship which Bamberger signed. The deed of suretyship and agreement of lease were annexed to Dormell’s particulars of claim as if this suretyship was the instrument that bound Bamberger as surety and co-principal debtor for the fulfilment of the obligations of Edulyn.[4]
In the court a quo, Savage AJ found that ‘a contract of suretyship requires a valid principal obligation with someone other than the surety as debtor and the liability of the surety does not arise until this principal obligation has been contracted (Caney [C F Forsyth and J T Pretorius Caney’s The Law of Suretyship in South Africa 6 ed (2010)] at 47)’.[5] In the SCA the appellant conceded that no express reference to the first suretyship clause was made in the particulars of claim, but argued, inter alia, that the omission caused no prejudice to Bamberger.[6]
Dormell’s cause of action was based on the deed of suretyship attached to the agreement of lease and not on the suretyship clause in the first agreement. To seek to change this now would amount to an amendment of the particulars of claim and the advancing of a case which was not initially pleaded. Bamberger therefore contended that he was not given the opportunity to raise any defence which he could have raised to the suretyship clause.[7]
The SCA set out that ‘the purpose of pleadings is to define the issues for the parties and the court. Pleadings must set out the cause of action in clear and unequivocal terms to enable the opponent to know exactly what case to meet. Once a party has pinned its colours to the mast it is impermissible at a later stage to change those colours.’[8] Furthermore the court found that Dormell should have expressly alleged a valid contract of suretyship (i.e. that the terms of the deed of suretyship were embodied in a written document signed by or on behalf of the surety which identified the creditor, the surety and the principal debtor). Dormell had to allege the cause of the debt in respect of which the defendant undertook liability as well as the actual indebtedness of the principal debtor.[9]
In the Dormell case the deed of suretyship was invalid and enforceable because it was annexed to an agreement of lease which wasn’t signed by Dormell, and therefore the suretyship was in respect of a non-existent obligation. Dormell conceded that the suretyship pleaded was invalid, but argued that Bamberger would not suffer any prejudice if Dormell was allowed to rely on the suretyship in the first agreement instead. The court found that although it does have discretion regarding keeping parties strictly to their pleadings, it does not agree that this discretion reaches as far as to place a party in the disadvantageous position of not being permitted to raise any legal defence.[10]
In deciding the above, the court looked at whether Bamberger would have conducted his case materially differently, had Dormell’s case been pleaded properly. The court found that he would have, in that he would have been in the position to raise the defence of non-excussion (i.e. that Dormell should have first claimed the outstanding amounts owed from Edulyn and only if they could not pay this amount, should Dormell have claimed from Bamberger).[11] He had not raised this defence in his plea or at the trial because the deed of suretyship annexed to the agreement of lease in terms of which he had waived the defence of non-excussion (which was not signed by Dormell) was relied upon.[12]
The SCA therefore found that Bamberger would suffer prejudice if it were to allow Dormell to rely on the suretyship clause in the first agreement which was not relied upon in the particulars of claim.[13] It is therefore crucial to, firstly, expressly plead the details of a valid suretyship clause in a plaintiff’s particulars of claim and, secondly, to ensure that the contract to which a deed of suretyship is annexed is duly signed by all parties thereto. If you do not do so you may find yourself in a situation where the courts will not allow you to enforce a valid suretyship.