FOREIGN COMPANIES ESTABLISHING A BRANCH OR SUBSIDIARY IN SOUTH AFRICA 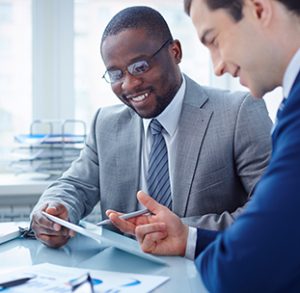 There are two key pieces of legislation which govern the manner in which a deceased estate it devolved upon death, namely the Intestate Succession Act 81 of 1987 (“Intestate Succession Act”) and the Wills Act 7 of 1953 (“Wills Act”). In this paper we briefly outline the applicable grounds for intestacy and the consequences that flow therefrom, as well to highlight some of the key formalities to be applied when drafting your last will and testament.

Intestacy – the Grounds and Consequences

Intestate Succession is made up of the legal rules and norms that apply when a person fails to regulate the succession of his estate before he or she passes away. The succession of an estate may be regulated by way of a valid testamentary writing, typically in the form of a Will, or an agreement to succession (pactum comissoria) in an Ante Nuptial Contract.

The rules of intestacy are clearly delineated in the Intestate Succession Act, a remarkably succinct piece of legislation which may be summarised as follows:

Where the person dies (“the deceased”):

Although the mechanisms exist for the estate of a deceased to devolve in the absence of a last Will and Testament, the ability to determine the beneficiaries of the estate is completely determined in terms of the legislation. However, it must be noted that either partial or total intestacy can arise in more circumstances than merely not drafting a Will at all. Such circumstances include having a valid Will which subsequently becomes inoperative or a valid will that does not dispose of all assets, leaving a document that purports to be a will, but fails to comply with the prescribed formalities.

In terms of the 1987 Appellate Division case of Harris v Assumed Administrator, Estate McGregor 1987 (3) SA 563 (A), the deceased executed a valid Will. The Will stipulated that the estate would be administered in a testamentary trust and the deceased’s spouse would be the income beneficiary with the t capital devolving to children borne of the marriage, failing which to the deceased’s brother, failing which to his brother’s children. Unfortunately, the deceased died leaving no children, and his brother later passed also leaving no children of his own. It is clear that the Will of the deceased did not make provision for such an occurrence. Therefore, although the deceased’s wife would remain an income beneficiary (partially testate), the trust capital would then need to devolve in accordance with the laws of intestate succession.

Any person drafting their Will would be well advised to consider a contingency in the event that no listed beneficiary can inherit, to avoid a portion (or even the entirety) of your estate being distributed in terms of the laws of intestacy. However, in order to avoid any doubt and to ensure peace of mind, any testamentary writing would need to comply with the formalities of the Wills Act.

In terms of the 1957 Natal case of Ex Parte Davies1957 SA 471 (N), the testator drafted a formal will bequeathing a sum of money to an undisclosed beneficiary. The testator provided in his will that the beneficiary would be disclosed in a separate letter safeguarded by his attorneys, to be opened only upon the testator’s death. The court ruled that the separate letter constituted a testamentary writing which in turn had to comply with the formalities of the Wills Act, and must describe one of the three elements of a valid bequest, namely:

The court, in turn, ruled that the testamentary writing failed to comply with the formalities of Wills Act.

Formalities for last Will and Testament
a. Basic requirements for a valid Will:

Testamentary capacity is a pre-requisite to the drafting of a will, and entails that the testator be capable of appreciating the nature and effect of their act, at the time of executing the will.

b. Formalities in terms of section 2(1)(a) of the Wills Act

Where a testator expresses an intention, the court is duty bound to give effect to that intention, provided that the testator has complied with the statutory formalities and the intention is not contrary to public interests and standards. In order to safeguard your assets and ensure that your estate is devolved according to your wishes, any testator would be well advised to approach their attorney for assistance in drafting their Will so that all the formalities and contingencies are addressed and dealt with accordingly.

Arthur Johannes | Consultant | Trust and Estates
Kshethra Naidoo | Candidate Attorney
This article is a general information sheet and should not be used or relied on as legal or other professional advice. No liability can be accepted for any errors or omissions nor for any loss or damage arising from reliance upon any information herein. Always contact your legal adviser for specific and detailed advice. Errors and omissions excepted (E&OE)
Share
Share
Tweet

Lost your original title deed? What do you do?

Deceased’s document not considered a valid will, despite clear wishes