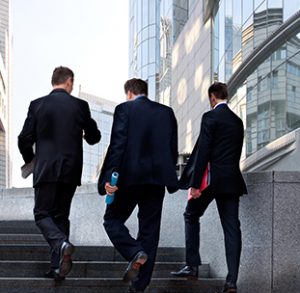 In a recent unreported decision in the High Court of South Africa, North Gauteng High Court, the Court was again faced with the principles regarding disclosure of material information by an insured to its insurer. What is interesting about this case is that the insurer was estopped from raising the defence of non-disclosure by placing a burden on the insurer to undertake a certain risk assessment of the property.

The facts of the matter are fairly simple. The insured instituted action against its insurer for a loss suffered as a result of a fire on its premises which destroyed the building. The insured further claimed for a loss of rentals.

A lot of evidence was led about the underwriting of the policy. What is important is the fact that the insured, through its broker, requested that the property be insured. On 15 March 2010 the property was insured and the broker requested the insurer’s representative to urgently arrange for a survey of the premises. The insurer’s representative then requested the insurer to conduct an urgent survey to determine the risk pertaining to the premises. By 24 May 2010 the survey had still not been conducted. The insurer repudiated the insured’s claim on the basis that it was under the impression that it was insuring certain offices/warehouses, but that the actual tenant of the property conducted the business of fibreglass manufacturing. The insurer was of the view that fibreglass manufacturing is a different risk to that of an office or warehouse, or property developers and suppliers of bedding goods they thought they were insuring.

Our case law has developed to a point where the Short Term Insurance Act has cleared up what test should be applied to establish the materiality of a non-disclosure. It boils down to the simple question as to whether a reasonable person would have considered the facts that should be disclosed reasonably relevant to the risk and assessment thereof, to the insurer. In layman’s terms, if you sit down and apply for insurance, you must consider all facts that a prudent person would disclose to his insurer that may affect the risk. For example, if you have a property and a compost heap that has the risk of catching fire, it must be disclosed to this insurer that you have such a compost heap. Should you fail to do so this may have an adverse effect at claim stage if the compost heap catches fire and damages your property.

What we as consumers can take out of this case is that if you are in doubt as to what should be disclosed, you should request the insurer to conduct a survey of your risk. By doing this you place the burden on the insurer to make sure that they are satisfied with the risk that they are accepting. This will in all probability raise potential problems for the insurance industry. Understandably, an insurer cannot employ people to assess every risk that it places on its books. If every insured requires such an assessment this can create an administrative and costly nightmare for the insurance industry.

The question should also be raised whether the insured should not from the outset have disclosed that its tenant was in the business of fibreglass manufacturing. Surely it would have been prudent to make such a disclosure at the outset. What the broker has done, however, is to place a burden on the insurer to satisfy itself about the risk, and the insurer failed to do this. That failure, in the Court’s view, entitled the insured to indemnification.