ANNULMENT OF A MARRIAGE 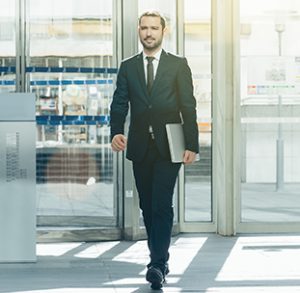 Imagine signing a deed of sale for your dream house and later discovering that the contract lapsed because you obtained bond approval one day too late. The situation could be worsened if the Seller receives a better offer for the house and accepts that better offer.

If a deed of sale is made subject to a suspensive condition it will lapse if such condition is not fulfilled in time. This was confirmed in the case of Marais v Kovacs Investments 724 (Pty) Ltd [2009] 1 All SA 174 (C) (hereinafter referred to as “the Marais case”). There is then no contract for the sale of the property between the two parties and the Seller can sell the property to another purchaser.

The following is an example of the wording of a suspensive condition relating to a bond, also sometimes referred to as a “bond condition”:

This Deed of Sale is subject to the Purchaser obtaining bond approval from a financial institution for the amount of R1 500 000 before 2 December 2013, failing which this agreement will lapse.

The parties can however agree to extend the time during which the suspensive condition must be fulfilled. Such extension must be in writing and signed by both the Seller and Purchaser as per the requirements of the Alienation of Land Act 68 of 1981. It must also be done before the time limit of the suspensive condition expires. In the above “bond condition” clause example, this would mean that the parties would have to sign the extension before 2 December 2013 to prevent the Deed of Sale from lapsing. In the Marais case the court held that even if the suspensive condition had been inserted in the contract for the exclusive benefit of the Purchaser, the Purchaser would have had to communicate his intention to waive the requirement before it lapsed.

In the Marais case the parties entered into a written agreement of sale with a suspensive condition that a bond in the amount of R10 149 072 needed to be obtained by 15 August 2005. The Purchaser, however, only obtained a mortgage bond in the amount of R9 650 000, which was granted on 2 August 2005. The respondent’s attorneys argued that the suspensive condition had been substantially fulfilled because the shortfall was, in their opinion, only a “minor shortfall” and therefore an insignificant amount compared to the purchase price. The court did not agree with this and found that it could not be said that the parties intended the suspensive condition to be fulfilled in any way other than what was expressly stipulated in the Deed of Sale. The court found that the contract had therefore lapsed.

If a suspensive condition will not be fulfilled in time, rather take the necessary precautions beforehand to avoid a lapsed Deed of Sale. We advise that you contact a professional for advice in this regard.

Meyer v Barnardo and another 1984 (2) SA 580 (N)
This article is a general information sheet and should not be used or relied on as legal or other professional advice. No liability can be accepted for any errors or omissions nor for any loss or damage arising from reliance upon any information herein. Always contact your legal adviser for specific and detailed advice. (E&OE)