SPORT INJURIES: WHO IS LIABLE?

WHEN IS A TENANT AN ILLEGAL OCCUPANT? 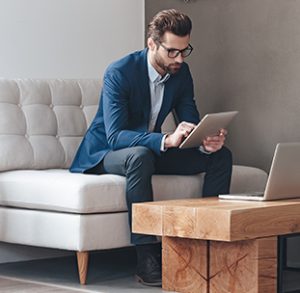 If you default on a credit agreement and action is taken against you by the credit provider, you still have time, according to Section 129(3)(b) read with 129(3)(a) and S129(4) of the National Credit Act (“NCA”)[1] as well as the case of Firstrand Bank Limited v Nomsa Nkata[2] to re-instate the credit agreement until the goods have been sold in execution.

Prior to the National Credit Act coming into force, the position regarding the right of a consumer to re-instate a credit agreement was determined by the principle of redemption in common law. According to this principle, a consumer would be able to re-instate the credit agreement by paying the credit provider the full amount of the debt, together with ‘default charges’ and reasonable costs of enforcing the agreement. According to the National Credit Act, ownership and possession of an item or premises can be redeemed by paying only the amount overdue at that date, together with charges and costs.

The issue, however, is at which point it becomes too late to pay the amount overdue in the execution process. This issue was addressed in the recent case of FirstRand Bank Limited v Nomsa Nkata.[3] Section 129(3) and (4) of the NCA states the following:

(4) A consumer may not re-instate a credit agreement after –

(a) The sale of any property pursuant to –

(i) an attachment order; or

(b) The execution of any other court order enforcing that agreement; or

(c) The termination thereof in accordance with section 123.”

The Supreme Court of Appeal found in the FirstRand Bank Limited case that in terms of both the common law as well as the NCA, “the Rubicon has been, and remains the sale in execution.” This means that at any point up until the time of the sale in execution, the consumer can put a halt to the execution proceedings and reinstate the agreement by paying the amount overdue, together with charges and costs.

The reason that the above provision was placed in the NCA was to make provision for the fact that many consumers borrow money over an extended period in order to finance the acquisition of large purchases such as a home or a motor vehicle. It was also noted in the above judgment that less affluent citizens may make use of extended credit to purchase household items and appliances. Therefore the NCA assists consumers in providing them with the option of paying the overdue amount rather than having to pay the entire amount of the debt.

The Court established in the FirstRand Bank Limited case that Section 129(4) (b) can only be used before the sale has taken place and not thereafter. Once the sale has taken place the credit agreement cannot be re-instated between the consumer and the credit provider. Should you find yourself in the temporary position of not being able to pay the monthly instalments of your credit agreement but are able to pay those instalments at a later stage, and to not want to cancel the credit agreement, then it is imperative that you pay the money which is overdue to the Credit Provider prior to any sale in execution as you will not be able to re-instate the agreement thereafter.

This article is a general information sheet and should not be used or relied on as professional advice. No liability can be accepted for any errors or omissions nor for any loss or damage arising from reliance upon any information herein. Always contact your legal adviser for specific and detailed advice. Errors and omissions excepted (E&OE).