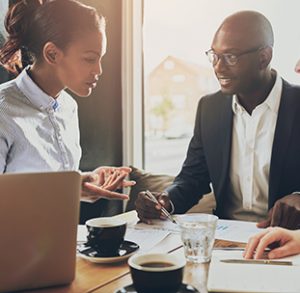 Is it time to review your policies on maternity leave benefits?

A recent and important judgment in the Labour Court in MIA v State Information Technology Agency (Pty) Ltd found maternity leave policies in favour females to be discriminatory against both males and homosexuals alike.

The facts are briefly as follows: a male employee had entered into a civil union with a same-sex partner in terms of the Civil Union Act, 2006. One year after the union, the male employee and his spouse entered into a surrogacy agreement in terms of an order of the High Court. This meant that from the point of birth the employee and his spouse would be deemed to be the parents of, and responsible for, the child.

The matter came before the Labour Court, where the employer denied its policy was discriminatory and the word “maternity” defined the character of the leave entitlement and, as such, it was a right to be enjoyed by female employees only.

The Labour Court upheld the argument that a denial issued to a homosexual employee, who was married in terms of our laws and taken custody of a new born child, was unfair discrimination and prohibited in terms of the Employment Equity Act. Judge Gush stated that the brazen denial based on gender “ignores the fact that the right to maternity leave as created in the Basic Conditions of Employment Act in the current circumstances is an entitlement not linked solely to the welfare and health of the child’s mother but must of necessity be interpreted to and take into account the best interests of the child. Not to do so would be to ignore the Bill of Rights in the Constitution of the Republic of South Africa and the Children’s Act.”

It is clear that our law recognises same-sex marriages and regulates the rights of parents who have entered into surrogacy agreements and as a consequence of this any policy adopted by an employer must recognise or be interpreted or amended to adequately protect the rights that flow from the Civil Union Act and the Children’s Act.