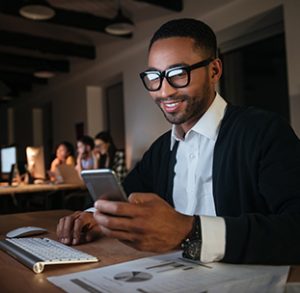 In respect of income tax of the American agent, Article 21 of the DTA is applicable and states that:

“Items of income beneficially owned by a resident of a contracting state, where ever arising, not dealt with in the foregoing Articles of this Convention shall be taxable only in that state”.
The “contracting state” in Article 21 refers to America, in the case of American service agents rendering services to South African residents. In terms of Article 21 of the DTA, the American agent’s fee earned in South Africa is only taxed in the state in which the agent is resident, i.e. America.
In respect of income tax of the musician, Article 17 of the DTA is applicable. In terms of Article 17, one of three scenarios is applicable, namely:
1.Income derived by a resident of America as a musician from his/her personal activities exercised in South Africa, may be taxed in South Africa except where the amount of the gross receipts derived by such musician from such activities, including expenses reimbursed to him/her or borne on his/her behalf, does not exceed US$7,500 or its equivalent in South African rand for the taxable year concerned;
2.Where income in respect of personal activities exercised by an American musician, in his/her capacity as such, accrues not to the musician himself/herself but to another person (for example, the musician’s agent), that income maybe taxed in the country in which the activities of the musician are exercised (i.e. South Africa), unless it is established that neither the musician nor persons related to such musician participate directly or indirectly in the profits of that other person in any manner, including the receipt of deferred remuneration, bonuses, fees, dividends, partnership distributions or other distributions; or
3.Income derived by an American musician in respect of activities exercised in South Africa, shall not be taxed in South Africa if the visit of the musician to South Africa is supported wholly or mainly from the public funds of the Government of America or of a political subdivision or local authority thereof.
Where the musician is liable to pay income tax to SARS in terms of Article 17 of the DTA, section 47B of the (South African) Income Tax Act imposes a tax of 15% on amounts received by or accrued to a non-resident musician in respect of his/her performance in South Africa.
VAT is not covered in the DTA. When a resident of South Africa acquires services from a non-South African resident (or American resident in this case) and those services are utilised or consumed in South Africa for purposes other than making taxable supplies, the services are, for VAT purposes, considered to be imported. As a result, the recipient of the service (the South African retailer in this case) must account for VAT in terms of section 7(1)(c) of the (South African) Value-added Tax Act.
No VAT is payable if the services acquired from the non-resident are utilised or consumed in South Africa by the recipient of the services (i.e. the South African retailer)for the purposes of making taxable supplies. This is because the South African retailer can claim any VAT payable as input tax and is therefore in a VAT neutral position.
Therefore, the services rendered by the American agent and musician (in the case of a South African retailer securing such services for advertising purposes) does not attract any deemed output VAT as these services are for marketing purposes of the retailer, which is ultimately linked to the making of taxable supplies.
It is vital for South African retailers to establish the applicable scenario in terms of Article 17 of the DTA before making any payments to any American service provider, so as to avoid it (i.e. the retailer) being liable to SARS for payment of tax that should have been paid by the American musician.