VICARIOUS LIABILITY FOR SEXUAL HARASSMENT IN THE WORKPLACE 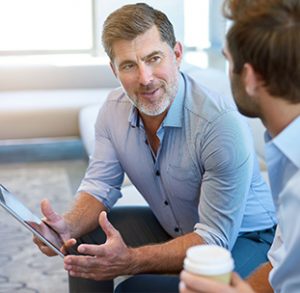 Could employers be held vicariously liable for their employees’ sexual harassment in the workplace?

A recent judgment, E v Ikhwezi Municipality and Another, delivered in March 2016 by the Eastern Cape High Court in Grahamstown, suggests that the risks involved for employers, when sexual harassment occurs in the workplace, have become markedly more pronounced, with the scope for vicarious liability of employers for employees’ conduct in this regard being broadened.

The court in that case found the accused employee, who occupied a senior position within the municipality and to whom the more junior aggrieved employee reported to, guilty and liable to pay damages to her. However, the direct perpetrator was not the only party held responsible for this sexual harassment: the employer (of both the perpetrator and the victim) was held jointly and severally liable for these damages along with the guilty employee. The court found the employer to be vicariously liable as it declared the employer to be responsible for the actions of an employee who had been promoted to a position of authority and trust, despite the employer not having ensured that the employee in this position of power was deserving of it. The employee ultimately had to resign from her job due to serious psychological stress, and therefore claimed R4 million in earnings lost and general damages. The significant quantum that employers can potentially be held liable for in such cases should therefore incentivise employers to take measures to prevent sexual harassment from occurring in the first place.

This case concerned a young female archive clerk (“E”) working at Ikhwezi Municipality, whose immediate superior attempted to force his tongue in her mouth, whilst at the place of work. The young female was consequently left anxious and stressed. She followed the correct processes and reported the incident to her employers, and a disciplinary enquiry was held, in which her superior was found guilty of gross misconduct, but he retained his position. E’s psychological state deteriorated as she was forced to confront her attacker on a regular basis. The tragic irony was that her superior maintained his position while E suffered from post-traumatic stress disorder and consequently resigned.

The judge’s ruling addressed the employer’s vicarious liability by making reference to the increasing appreciation of the devastating impact of workplace sexual harassment, and by developing the common law accordingly, while emphasising the existing common-law duty of employers to take reasonable care for their employees’ safety.

The Code of Good Practice on Handling Sexual Harassment Cases (“the Code”), contained in the Labour Relations Act (“the LRA”), despite not being legislation (and therefore not strictly binding), provides a guideline for what workplace sexual harassment codes should include and how these should be implemented. The Code is designed to eliminate sexual harassment in the workplace, by providing appropriate procedures to address this issue and prevent it from recurring. The Code aims to create a workplace where employers and employees are mutually respectful of one another’s dignity, integrity, and their rights to equity and privacy. The Code states that “employers and employer organisations should include the issue of sexual harassment in their orientation, education and training programmes of employees”. The implementation of the policy is a positive duty. In the case at hand, the judge reasoned that although there was a code of practice on sexual harassment in place for the municipality, there was an absence of any evidence demonstrating that employees had received the relevant training in order to be familiar with this code. This is contrary to the Code which states that “Policy statements on sexual harassment should be communicated effectively to all employees”. Employers should therefore be careful to not only establish workplace sexual harassment codes that are in line with the Code, but also to inform and educate employees of the content and practical implications thereof.

The crux of the judgment, and the central concern of employers seeking to avoid being held vicariously liable for sexual harassment damages due to the conduct of their employees, is summarised by Judge Pickering as follows:

It would appear that employers are responsible for ensuring that their employees are capable or deserving of the positions of power and trust they are placed in. If employers are negligent in this regard, there seems to be an increasingly broadened scope for them to be held legally liable.